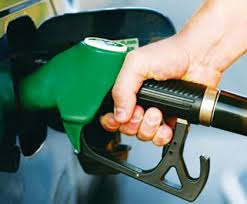 You may not be aware that the amount of ethanol that is added to petrol which currently is, at present, limited to a maximum of 10%. This limit may soon be increased to 15%. In actual fact, it seems that the big brands, (Shell, Esso, BP etc.) are likely to have only 5% ethanol, although Total do not at present add ethanol, and Texaco do not add ethanol to their Super Unleaded Fuel

The cheaper suppliers (including supermarkets,) are more likely to go to the allowed limit. There is no requirement for the actual ethanol content to be stated on the pump supplying it.

Ethanol as a fuel additive has only three advantages: it increases the likelihood of pre-detonation (pinking) in higher compression engines; it is cheaper than petrol; and it is more environmentally friendly. These latter two properties are not given, however, and only depend on the source and method of production.

Ethanol attacks rubber, causing it to disintegrate, so that fuel lines can collapse or degrade internally, resulting in fuel starvation or float chamber flooding. The worst case scenario is failure of the pipe resulting in leakage. This problem is exacerbated by the age of the pipe.

Ethanol also attacks other components in older vehicles including brass, copper, aluminium, cork, polyurethane, epoxy resins, zinc and galvanised materials. If you have had your petrol tank sealed, the sealant will sooner or later fail and turn into a viscous mess.

There does not seem to be a cheap fix to this problem. It is possible to buy a fuel additive that claims to protect fuel systems, but this adds about 5p to the cost of every litre of fuel used. The best advice seems to be use an additive, regularly and closely examine all visible fuel system components, and make sure that you use ethanol compatible replacements when repairing, replacing or upgrading your fuel system, for example, fuel lines to a minimum specification of SAE J30R9, nitrile ‘O’ rings, and stainless steel washers.