Well, 6.30am on a Sunday morning is not my idea of a lie-in, but there was a car show to get to! By 7.15am Chris was his usual impatient self while I got ready as quickly as I could. The weather didn’t look promising either but after the early start, the day did get better.

Once there the men erected our very own hospitality tent, the cars were lined up, and realigned at least twice to the amusement of the ladies. To be fair our allotted area was not really large enough for the number of cars. On the other hand the tent was quickly customised with chairs, tables, kettles and food by the women – we know that’s the main reason we are needed at these events and we take our task seriously!

I’ve been to quite a few car shows over the years, as indeed have most of us. It can sometimes be a long day, especially if the event is in a field miles from anywhere. However Newby Hall did a pretty good job of keeping our interest. As I hadn’t been here before I didn’t know what to expect. Obviously there were many beautiful Jaguars to admire and it took quite a while to go up and down the rows but I have to say that I was disappointed there were so few stalls to look at. I would also have expected at least a few none-car related stalls to be attracted to an event of this size. Considering that at a conservative estimate, a quarter of the visitors were women, most would not have a big interest in spare car parts. However, this was more than made up for though by Newby Hall and grounds. 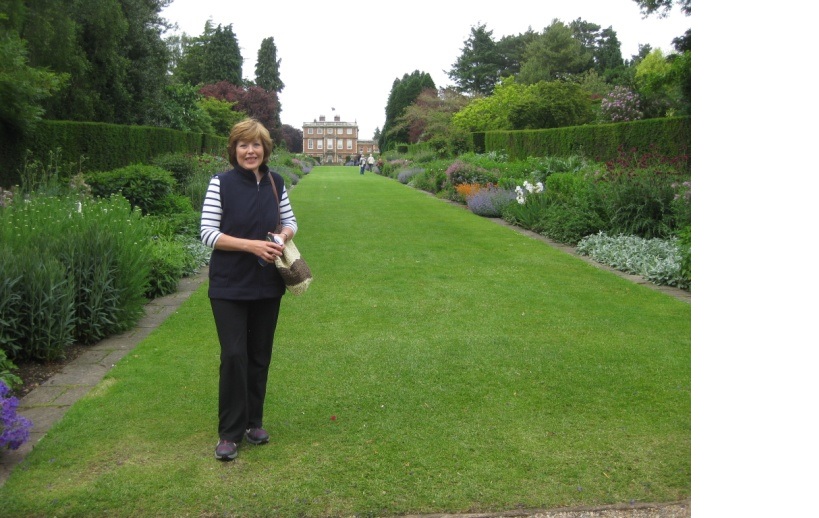 Newby Hall gardens were really lovely. You could stroll through them for ages as there were so many winding paths and areas of interest. There were few formal parts so it felt more like a woodland walk that meandered through the grounds towards the river, with shady seating areas scattered here and there. The huge variety of styles and settings were inspiring. There was also a very pleasant picnic area, a fun playground for children and a miniature railway. I didn’t visit the hall itself but it’s on the list for next time. As we made our way out of the gardens a lot of us were attracted by the garden plants for sale. These were grown by the Hall’s gardeners who also offered expert advice on where to plant and how to prune, etc. I know quite a few of us came away with a very tangible souvenir of our day hoping that it could be squeezed into the car somewhere.

The weather was very kind to us in the end, which was more than we could have hoped for and I thoroughly enjoyed the day.

Alas the only fly in our ointment was that we came away with a puncture! However, the boys rallied and an electric pump saved the day.