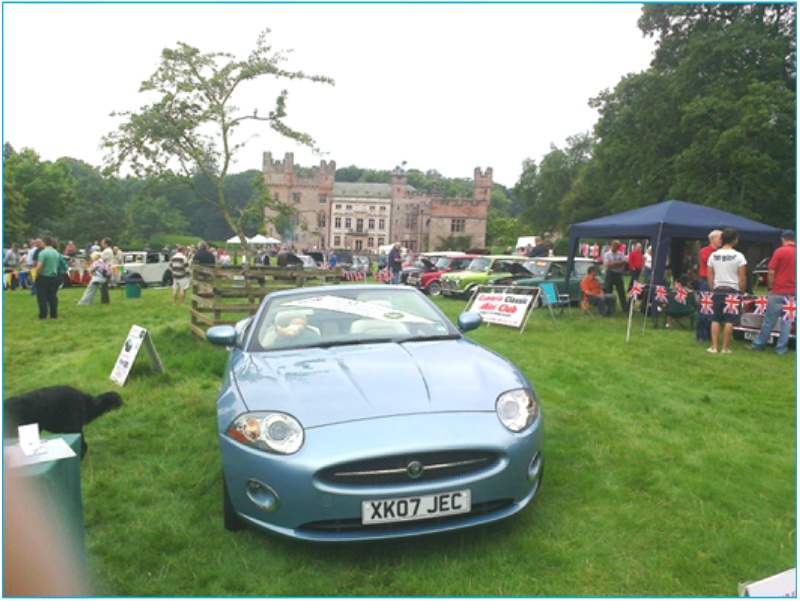 The backdrop of Hutton in the Forest show, what a privileged position was afforded the JEC Raffle car when we arrived at this venue. I had little time to take many photographs but if you look carefully the raised bonnet in the background was that of one of our members….Les Meer. He came along and give us a spell whilst Paul and me had a quick look round. Jim Bowden was the Guy on the mike and after buying ten tickets himself several times advised his audience that although he was certain he had the winning ticket support for our troops was a worthy reason to part with their money.  This resulted in a rush and queue at the table.  We had tickets purchased by visitors from Australia and the U.S.A. Jim is seen below talking to the Guy in shorts who related his life in Melbourne Australia for several years where he enjoyed driving his Holden.  He decided to return to the UK leaving the sunshine behind but was loathed to part with his Holden. It cost £900 to ship the car back to the U.K. and he thinks it is worth every penny. I for one would like to be at this show next year, rain or shine.